After serious consideration and in line with the recommendations of our State and Centers for Disease Control (CDC), we are extending the temporary halt of in-office operations until at least April 30th.

Your health and well-being is our primary concern and we want to do our part to make sure that you are protected.

Effective immediately the following will occur:

We will reopen, stronger than ever, with great offers and promotions to celebrate getting through this difficult period.

We are always here to answer your questions 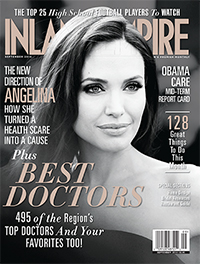 Dr. Farzaneh has been selected a top doctor by Inland Empire magazine, announced in its September issue.

The recognition in the September issue puts a large focus on patient feedback, quoting several patients in regards to their experiences with Dr. Farzaneh.

The magazine lists 495 doctors in varying categories. Dr. Farzaneh and his practice, Farzaneh Cosmetic Surgery, are recognized for Cosmetic Surgery of the Breast, Body and Face, as well as for Medical Spa Services.

“I am quite honored to be recognized among the Top Doctors in the Inland Empire,” says Dr. Farzaneh, a Cosmetic Surgeon who sees patients in Chino Hills as well as Anaheim and Santa Monica. “We take great pride in high patient satisfaction at Farzaneh Cosmetic Surgery, and recognitions such as these are a reflection of that.”