Deprecated: strripos(): Non-string needles will be interpreted as strings in the future. Use an explicit chr() call to preserve the current behavior in /home/m51bwy9ccgdr/public_html/assets/inc/functions.php on line 264
 Inverted Nipple Correction Inland Empire
(909) 590-2299

We are open for all services

We are following all state and federal guidelines for protection and safety, including but not limited to: wearing gloves and masks, providing hand sanitizer, frequent cleaning, wiping down and sanitizing of all contact surfaces, as well as maintaining all standard Social Distancing protocols. Patients should not come in if achy, feverish or coughing or COVID positive test for active infection.

A condition that affects approximately 2% of all men and women, nipple inversion can cause a great deal of emotional distress and embarrassment. Nipple inversion only affects one nipple generally. In many cases, the causes of this condition are congenital; however, some may experience this after breastfeeding. Through a specialized cosmetic procedure, Dr. Farzaneh is able to eliminate the condition and achieve protruding nipples, creating a significantly more attractive and functional result.

What are Inverted Nipples?

Nipple inversion is a rare condition that causes the nipple to retract into the breast, rather than protrude outward. Nipple inversion affects both men and women, and can be caused by congenital factors, breastfeeding, pregnancy, gynecomastia or cancer.

Treatment for nipple inversion will depend on the degree of your condition, as explained by the grading system below:

Grade One. Reserved for the most minimal nipple inversion, these nipples can temporarily project in cold temperatures and in response to stimulation.

Grade Two. Considered moderate nipple inversion, these nipples can’t project as easily or for as long as grade one nipples. Women with grade two nipple inversion are also more likely to possess defective milk ducts, which can compromise breastfeeding.

What is inverted nipple correction?

Inverted nipple correction is a simple surgery designed to create nipples that protrude outward, resulting in a more attractive physical appearance. In women, special care is taken during the procedure to preserve the milk ducts, ensuring that future breastfeeding is possible.

The best way to gauge a surgeon’s skill is to view his past work. Please browse our before and after gallery, to see for yourself the dramatic results you can expect to achieve from a inverted nipple correction with board certified cosmetic surgeon Dr. Farzaneh. 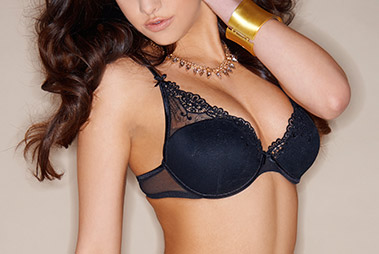 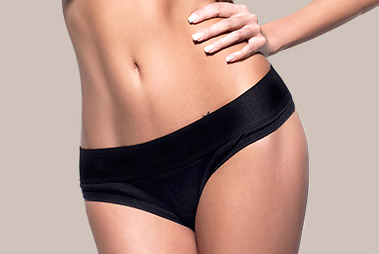 Dr. Farzaneh is not only an excellent surgeon with a multitude of credentials & qualifications, but he is also as compassionate and caring as they get. Going into the consultation, I was very nervous because I did not know what to expect. But once I was there I felt very comfortable. He's selected his staff wisely, for they are very warm and welcoming. One thing that helped me decide I wanted to be Dr. Farzaneh's client was his unmatched integrity. If you're ever worried about being pressured or manipulated into getting a procedure, then you will never have to worry about it again. If Dr. Farzaneh doesn't think you need a procedure done, he'll tell you. Honesty and integrity is scarce nowadays & I feel truly blessed and beyond ecstatic about being his client!

Following inverted nipple correction with Dr. Farzaneh, you can expect to see your ideal chest when you look in the mirror. Your formerly inverted nipples will protrude outward, and any resulting scars will be extremely minimal. In addition, the results of this surgery will likely be life-changing, as they deliver not only an enhanced physical appearance – but also unprecedented levels of confidence and renewed self-esteem.

Are You a Candidate for Inverted Nipple Correction?

As with all of his cosmetic procedures, Dr. Farzaneh determines inverted nipple correction candidacy on an individual basis, following a thorough discussion of the patient’s cosmetic goals, concerns and desires. With that said, ideal candidates for this surgery are generally:

While these general guidelines are helpful, please note that the only way to know for sure if you are a candidate for inverted nipple correction is to schedule a private consultation with Dr. Farzaneh today.